Warnings about climate change have been around for years, but increasingly it feels like a problem no longer in the remote future. Living in Manitoba, climate change has been a problem we see distantly on the news. Hurricanes increase in frequency and severity, glaciers shrink, and coral reefs slowly turn bone white. All far away consequences that are too easy to ignore or push to the back of our minds.

And yet, the last few summers I smell wildfire smoke carried by winds from provinces away. Temporary refugees from Northern reservations threatened by forest fires have arrived on Winnipeg's doorstep. Increasingly dry summers warn of droughts to come. Consequences of climate change are creeping into our province and our consciousness and becoming harder to ignore.

As teachers, we are expected to help our students learn about climate change and environmental issues. These topics are built into the Manitoba curriculum in a variety of ways. For instance, the fourth and final cluster in grade seven social studies has many outcomes about human impact on the environment, as evidenced below.

However, many social studies teacher never quite reach this cluster, or at least don't cover it in the depth it deserves. Often, teachers cover the curriculum sequentially and just run out of time. As well, the science of climate change or environmental issues is intimidating to teachers without a science background, and as a result it is glossed over.

It is vital to make time for environmental topics. Social studies teachers help students understand the human and physical geography of their world, and increasingly environmental issues are coming to the forefront. Experts are warning that limited time is left to avert irreversible damage from climate change. Considering the debate surrounding the recent carbon tax, discourse on the matter is not always particularly productive. Giving students the tools they need to proficiently analyze environmental issues is important. However, teachers need to proceed with caution. Research suggests when too many dire statistics are thrown at people, they tend to go into ostrich mode. Heads go into the sand to avoid dealing with an overwhelming reality.

We can't ignore climate change, not with so much at stake. For this reason, I make time for environmental education in my social studies class, emphasizing facts rather than scary headlines. Students complete a jigsaw strategy where they study the causes, effects, and solutions to climate change using various resources. Notably, we spend a lot of time on solutions. Per Espen Stoknes, a researcher who studies how people psychologically interact with news of climate change, indicates that "in order to create engagement, we should present, on balance, three positive or supportive framings for each climate threat we mention." Having a more solution focused approach prevents disengagement from the topic. To assess student understanding, students write letters to family members educating them about climate change. Interestingly, recent studies show that teaching young people about climate change affects their parents' views on the topic, which is an added bonus.

Having background knowledge about climate change is important, but focusing on a global perspective alone can make the issue seem too distant and unapproachable for students. These lessons need to be paired with concrete examples of what environmental issues look like at the local level. It is particularly vital that students understand how these issues are represented in the media, so they are better equipped to interpret future sustainable development issues that will inevitably arise. In 2018, I chose to focus on oil pipelines, an issue with lots of media coverage. That year, the construction of the Trans Mountain pipeline in British Colombia hit a roadblock, as protesters and court challenges halted its progress. This issue ended up being ideal from an education standpoint, as it offered a wealth of current newspaper articles and videos with divergent perspectives.

To help students engage with the issue, I used the Classroom Story strategy pioneered by GMB Chomichuk and Brent Schmidt. With this strategy, students create characters who must interact and deal with events proposed by the Teacher-Narrator. Each character's story is interrelated with others, with the caveat that for something to happen in the story, the student must write it down. 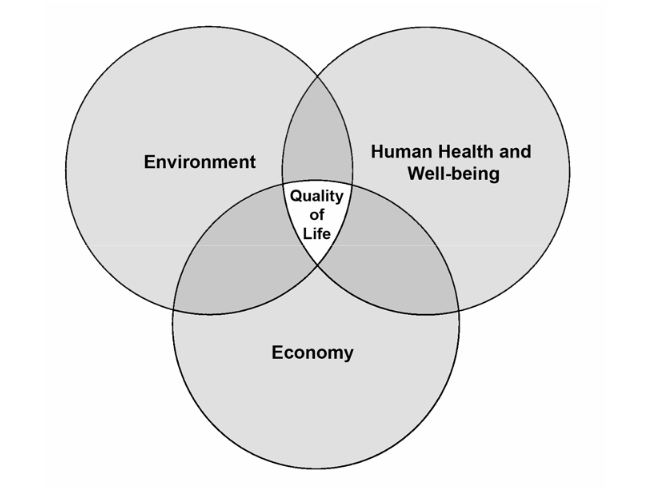 I picked Economy, Environment, and Society (or human health and well-being) as the main stats because these three factors come into play for any sustainable development issue. For healthy sustainable development to happen, the economic, environmental, and societal factors must be in balance. By making these factors the driving forces of different characters, it created conflict among the characters and led to effective debates.

The plot of our Classroom Story started with ABC Oil Company arriving to install an oil pipeline north of our fictional town. Students had to decide how their characters viewed the pipeline and write diary entries explaining their reactions. As the plot unrolled, characters reacted to different events, including a protest camp popping up outside of town, the construction potentially being sabotaged, the company offering jobs, and Indigenous groups advocating for Indigenous rights. Importantly, in between each event we spent time investigating news articles and videos about the Trans Mountain pipeline that reflected what was happening in our classroom story. By connecting these articles to our classroom story, students were more motivated to critically assess the real life events and the sustainable development factors affecting them.

Our Classroom Story ended with a townhall meeting and a debate about the future of our fictional town, a debate that became surprisingly heated (in the best possible way). Interestingly, of the three classes that participated, one group's characters voted in favour of the pipeline, one group's characters voted against, and one ended up being tied. More importantly, when I assessed students' understanding of the sustainable development issue posed by the real pipeline, they were able to effectively describe the key factors at play and offer their own opinion supported by evidence. Moreover, their interest in the issue did not abate as news coverage of the Trans Mountain pipeline continued after the end of the unit.

By getting students involved in a fictional sustainable development issue and connecting it to real events, student engagement increased dramatically. We could simply have read a series of articles, but my classes would not have gotten as personally involved. By creating characters and having these characters interact, students began to better understand the driving forces that affect environmental issues. Importantly, distance is often a key factor that keeps people disengaged with climate change. The Classroom Story put students in the middle of the action and gave them space to critically evaluate a sustainable development conflict happening in our own country.

Climate change is a topic that can provoke a feeling of doom. The media primarily focuses on stories that feel apocalyptic, which is not particularly helpful for promoting lasting engagement in the issue. As a result, when teaching students about climate change it is important to take a factual approach that is solution focused. We must use strategies that help students engage with climate change, not as a distant apocalyptic threat, but as a serious problem in our own backyard that requires our attention and focused solutions. We owe it to them to get this right.

Four months ago, I finished reading White Fragility: Why It's So Hard for White People to Talk About Racism, by Robin DiAngelo. Appreciating this excellent book, I opened a tab to create a

A few weeks ago I attended the Manitoba Adolescent Literacy Summit and listened to author David Alexander Robertson's keynote entitled the Path to Reconciliation. It was a highlight of the conference, as his